THE BIGGEST CHALLENGE FACING THE AQUACULTURE INDUSTRY FROM A YOUNG PROFESSIONALS VIEW. 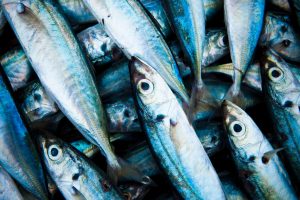 The aquaculture industry is very vast. It is one of the fastest growing industries globally. The demand for seafood is outpacing the growth of other food sectors. The opportunities within the industry is large and the challenges posed by these opportunities are numerous.

Aquaculture is more complex than any other farming of terrestrial animals because it involves water that has to be simulated to become exactly like the original habitat where that fish species is found. This makes it prone to problems associated with water quality, changes in water chemistry and climate can have its effects. Although some forms of aquaculture are land based and done indoors in environmentally controlled locations, outdoor facilities are faced with challenges of flooding and typhoons in coastal locations or regions. Loses during tsunamis and typhoons have been recorded for open water aquaculture which involves the use of cages. Sudden changes in water quality has made farms lose so much of their stocks as there are limited control to combat natural disasters. The solution to this problem is land based aquaculture.

Farmed fish has come under criticism by many researchers who claim that they are unhealthy due to use of antibiotics in disease management and control. The farming of some species of shrimp and fish has seen the indiscriminate use of antibiotics which can create a possible resistance to treatment in humans consuming it according to industry critics and researchers. There have been series of ban on various chemicals which still finds their way into the industry being used by unscrupulous farmers. However the role of best aquaculture practice certification has helped to eliminate these threats to a very negligible level. Every product should be BAP certified. Consumers should be highly informed.

Since aquaculture involves the use of land, water and feeds, a keen competition has been developed between aquaculture and other users of these resources. The growing human population has necessitated the increasing demand for housing and urbanization. This has given rise to a serious competition for the use of land for aquaculture. Industrialization of the world, crop production and animal husbandry with other forms of human activities has made land become quite a fortune to secure for not only aquaculture but other forms of human activities. The contest between other water resource users and aquaculture for cleaner and quality water has seen the invention of re-circulatory systems and integrated aquaculture practice like aquaponics etc. Aquaculture is faced with challenge of getting a cheaper and better source of quality protein for the production of feed for farmed fish.

In recent times in a bid to ensure that the world gets enough and adequate fish protein, aquaculture has impacted the environment is several ways. The disruption of the ecosystem, poor waste handling and discharge of waste into water bodies causing severe pollution of the water bodies has led to several damage of aquatic life forms. Aquaculture is thus faced with challenge of water treatment practices. The wastes should be nontoxic and can be used in the aquaponics system. The use of wild fish to produce fish meal and fish oil which is a major component of fish feed and other animal feeds production has placed a pressure on stocks from the wild. Aquaculture is faced with the challenge of getting a cheaper and better source of quality protein for the production of feed for farmed fish. These wild stocks has been overfished and massively depleted. It is said that by the year 2050 some species will be completely extinct and thus poses a great threat to the success of aquaculture. This is the biggest challenge of the aquaculture industry. We have to take a bold step by researching on alternative source of protein, fish intestine a byproduct of fish can be a good source of feed protein but is unsustainably available. Black fly larva has a very high content of crude protein and can be cultured and harnessed for feed production. People should be encouraged to eat farmed fish.